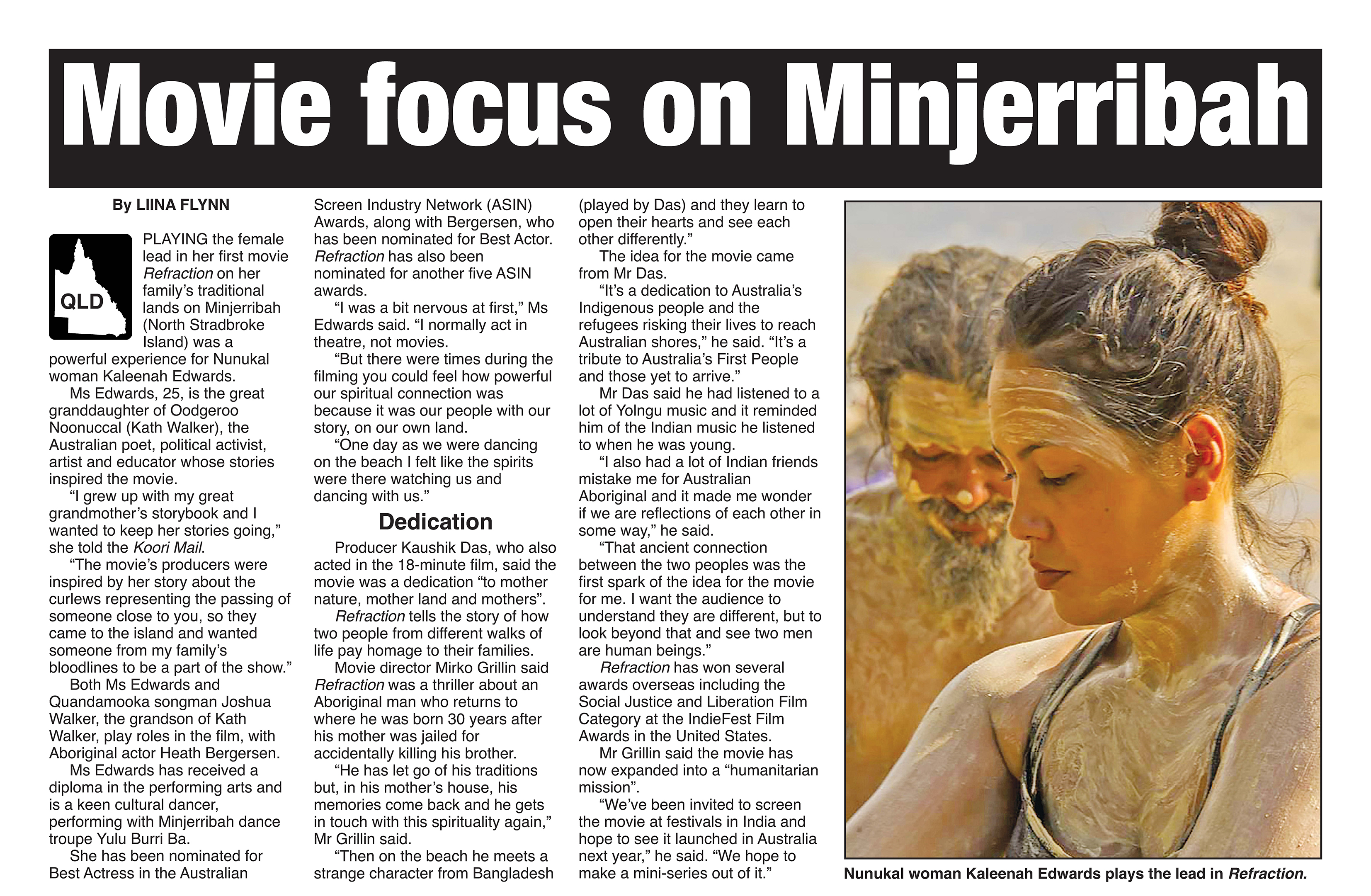 A Kalgoorlie-Boulder actor and musician plays the lead role in a new short film that is sweeping up recognition and accolades on the international film festival circuit.

Heath Bergersen plays the lead role in the new Australian short ReFraction, which has won the award of excellence for short film at the IndieFEST film awards and is an official selection in the world cinema category at the Delhi International Film Festival for 2017.

ReFraction, a film on Australian social justice and which pays homage to aboriginal culture via the Quandamooka people has won seven international awards.

The film involves various ethnic communities, including an Italian gypsy, a first-generation Indian-Australian, a Cambodian refugee and the Quandamooka community on North Stradbroke Island.

“When these communities come together to tell a human story regarding where we have all come from and our journey forwards in search of peace, you know you are in for something special,”  Producer Kaushik Das said.

“The short film ReFraction, produced and directed by Mirko Grillini, has won three special awards at the IndieFest in the US. The film deals with the plight of asylum seekers in Australia and the difficulty for indigenous peoples to belong both to their original and to the western culture.”

“Actor and director Mirko Grillini has completed production of ReFraction, a short film that deals with controversial social issues concerning asylum seekers and Indigenous peoples’ cultural identities. The short film, co-produced with an Indian production company, will be shown at international festivals before theatrical release.”